It’s all in the family

As we drove into the Sydney Fish Market, the pelicans waddled across the empty car park.  We had in fact arrived at the quietest time of the day.  At 11 o’clock, the fishermen had left, and the tourists had not yet arrived, and we wandered through the busy market; a visual feast of ice, and fish and shells. I asked the shuckers to fill my white buckets and whilst they worked their magic I yarned with a friend. We shared a leisurely lunch and watched the crowds grow and swell.

The oyster stories, like shells are piling up. They jostle and clamour to be heard.

Oysters; It’s All in the Family!

Cake artist and writer/researcher Margaret McGreal and I visited the Sydney Fish Markets on Tuesday the 27th of August. It was a bustling Tuesday lunch time and we scoured the markets for oyster shuckers and donations of Sydney Rock Oyster shells to our big white buckets. After exploring all the fresh and cooked food options with oysters on ice, in shells, with lemon and parsley, in cardboard containers. We saw piles of oyster shells being shucked at speed. It was busy and chaotic. The sun shone and the birds were aplenty.

At the Fish markets, Margaret shared some of her oyster stories. 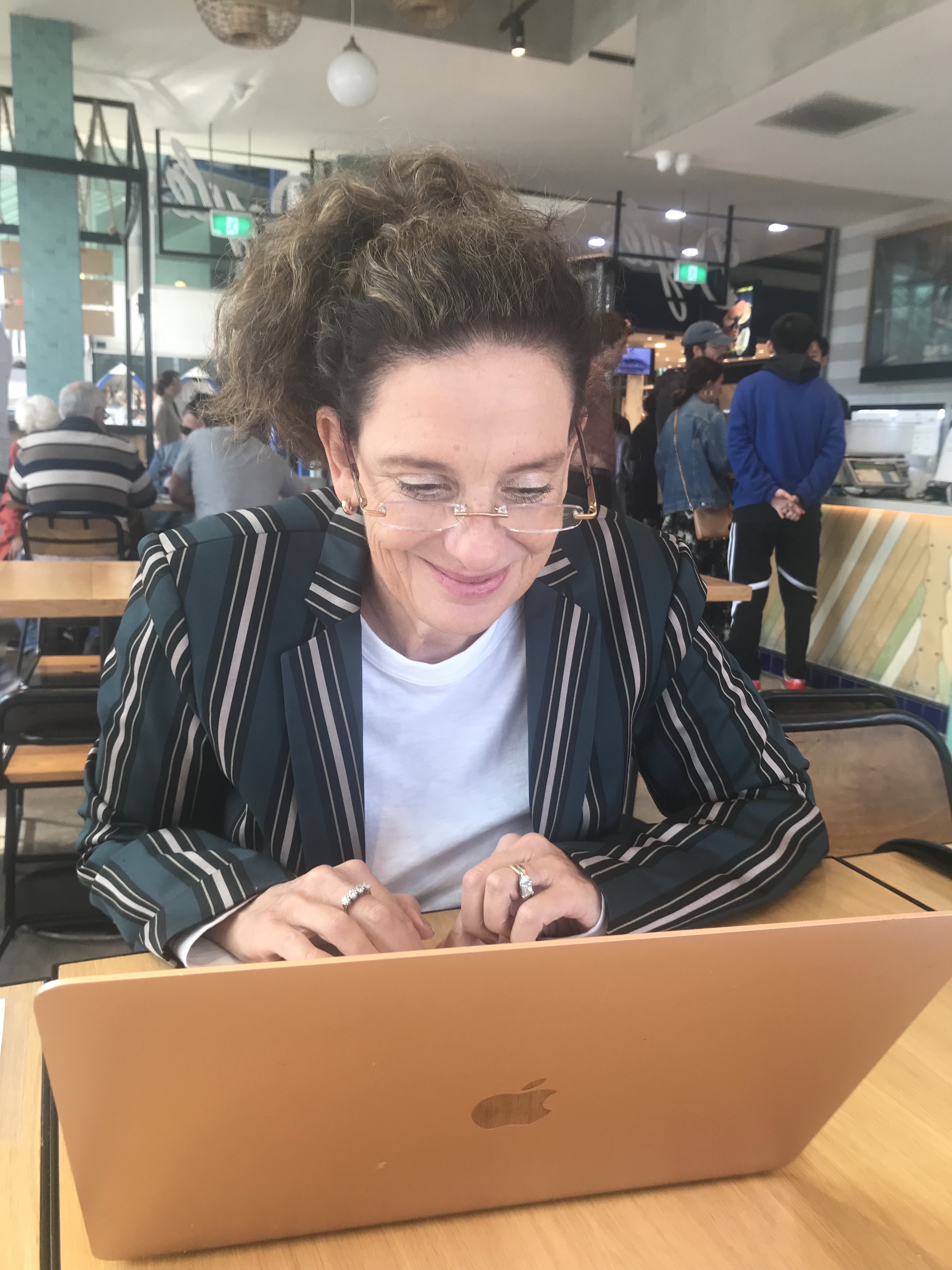 I asked her about her first memory of eating an oyster and she started with her earliest memory.

It was 1975, and we were in our red Kingswood, on a family road trip from Melbourne. As we hit the border into NSW, we stopped at a seaside town café.  My Dad, who absolutely loves oysters, gave me one of his cherished oysters from his plate.  He wanted to share it with me and find out if I shared his passion.  I was very young, and I remember trying to work out if I was meant to chew it or swallow it whole. In the end I swallowed it whole.  I remember thinking it was slimy, but not disliking the taste.  It was father and daughter moment, though I wonder if I let him down by not sharing his love.  Thankfully, we were not to know that I was to make up for it a generation later when it turned out that it was my son that was to immediately share his passion.   Incidentally, my now 92-year-old father has never lost his love of the oyster, and I have since learnt to chew them!

Every year, my family of in-laws and I go to the Sydney Royal Easter show. A tradition my husband, Paul, has been enjoying for over forty years. One of the highlights is the oyster break where at 4pm we stop for prawns and oysters in one of the pavilions. Before that, the family groups have often divided to enjoy the stands that are specific to their interests, but wherever we have been, we all come together at the oyster stand.  We cluster around a tall table telling stories and eating plates and plates of oysters.  At the ripe old age of four, my son joined the tradition as he started slurping down those oysters with gusto.  Already a connoisseur, my son seems to have inherited his love of oysters from his Pa!

In fact, many a lazy sunny day has been spent with Pa and Jack extolling to the virtues of the oysters they have enjoyed during lunch. Together, they have eaten every type of oyster from Coffin Bay to Sydney Rock, all the way from Margaret River in Western Australia to Batemans Bay in NSW.  While he has his Pa have shared many memories together, one of Jack’s favourite oyster memories is sharing a dozen oysters with his auntie Suzie at a prestigious restaurant in Sydney’s Eastern Suburbs.  While the sun shone down, the two of them extolled the virtues of natural oysters versus Kilpatrick and whether one could truly love oysters if they were enjoyed anything but naturally.

Can a love of oysters be genetic?

Posted by Sarah Jane Moore on August 27, 2019 in Uncategorized