Play Based Thinking through Oysters 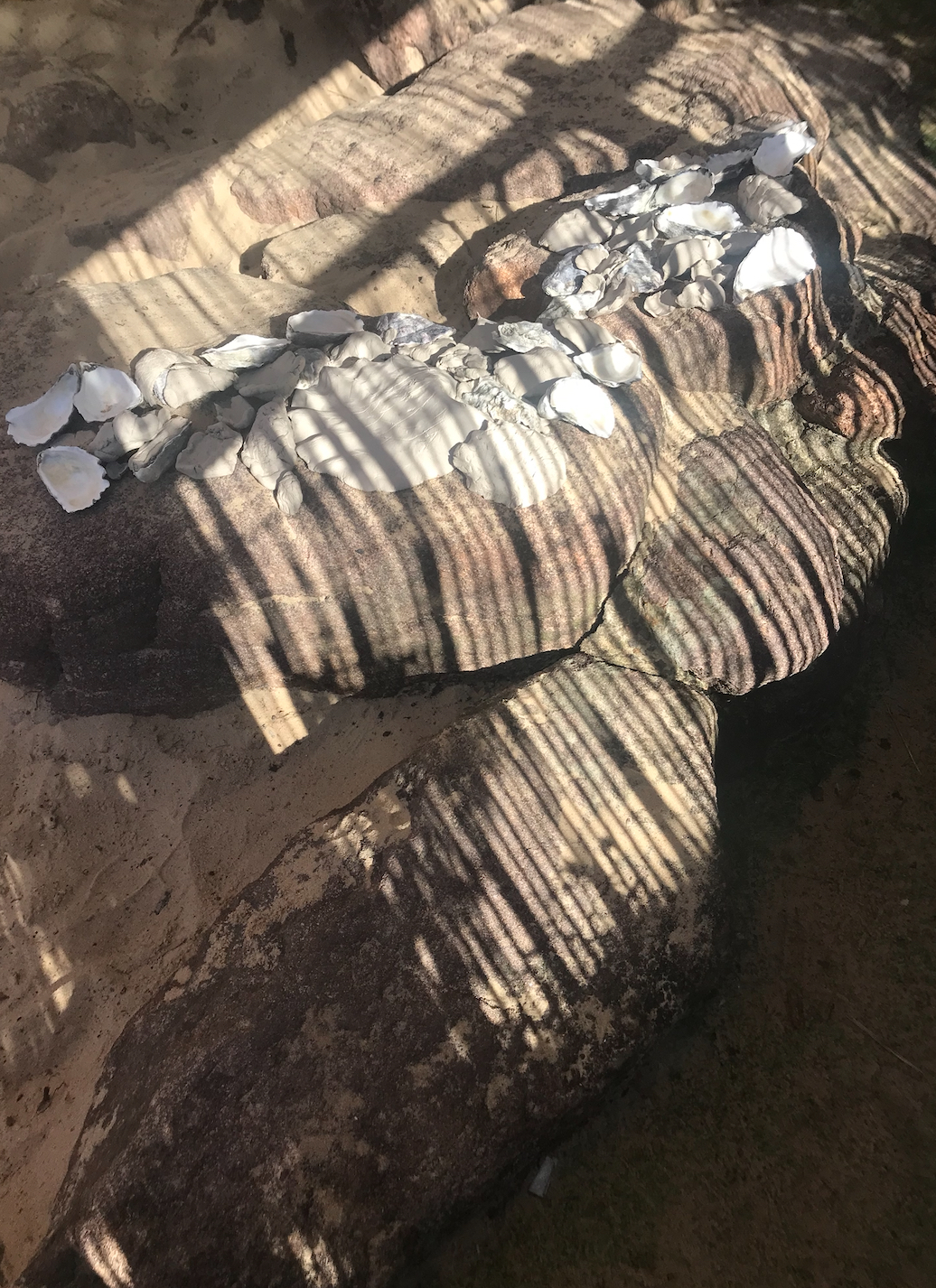 Last week I visited Worimi Country and worked with my research partner and a group of twenty five pre-school aged children and their educators. As an intergenerational, diverse learning community we committed time to explore our knowing and worlding of the oyster. Together, we developed understandings of the importance of the Baludarri. We played with the shells and storied them as valued and valuable. We sang songs about them and observed them in tanks. We questioned. We pondered. We were curious. We entered an imaginative space of fire and midden.

Laura Parker set up a small tank with some precious oysters within. She introduced them. She described their role as filter feeders and explained to the children that we may see a change occur in the water soon if we took the time to look and listen and learn. She asked children to feed the oysters with algae and to observe them in the water. The children listened and learned deeply. They discussed, questioned and shared.

I gifted each child a shell and a piece of clay and each child created their own unique oyster art work. The children shared their own stories of how they had come to know the Baludarri, They explored the shells with their hands and their play was slow and structured. The oysters were sacred.

We worked outside in the wintery sun and the children worked with clay and shells to build, create and form. Cooperatively we curated an oyster reef on the rocks of their sand pit. Embedded in their nature based play area, on the large rocks we built our reef.  Children gathered. They fossicked, pushed, patterned and placed the shells in different configurations. The unfamiliar became familiar as the oysters joined their play.

The oysters are now part of the ongoing play story of the children of the Bay. Hands will scoop, shells will fill with water. Shells will scoop the sand and be worn. They will tell stories of gathering. They will re-story and create opportunity for nature based ocean dialogues and conversations about Sea Country.

I like to think of the oyster reef that we built that day. How will it respond to rain? How will it change? How will it iterate and re-iterate as children flow through the space? What stories will be told?  The oysters provide the tools for thinking, for imagining and reimagining.Deep in the sand will shells be lost? Hidden? Taken?

I know where oysters lie. 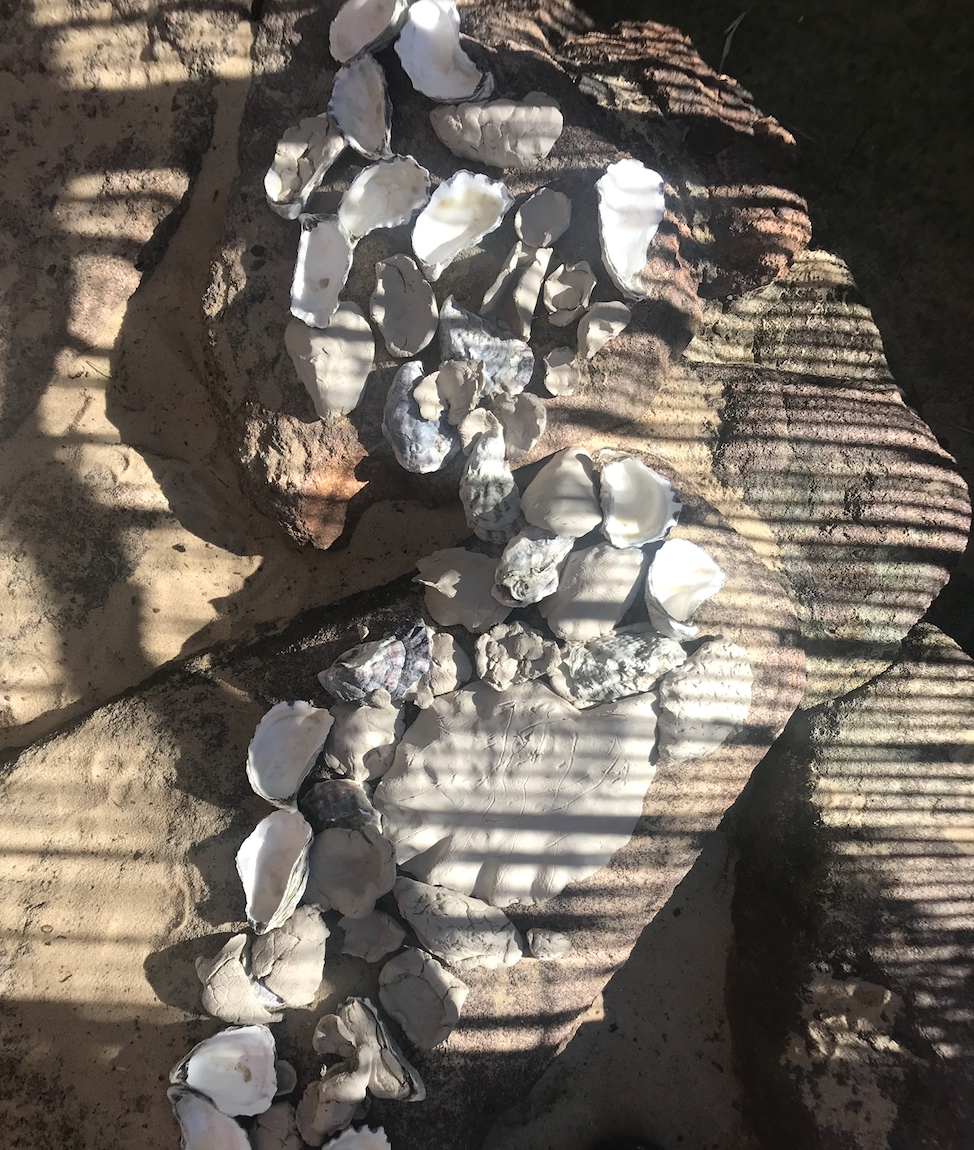 Posted by Sarah Jane Moore on July 17, 2019 in Uncategorized